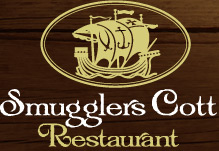 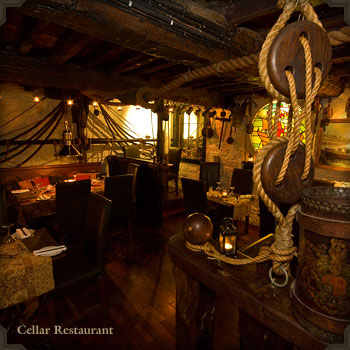 Try the carvery it is amazing and fish lovers will be spoilt for choice fish caught locally and fresh every day.

The food was exceptional in every way, and we would highly recommend the Smugglers Cott Restaurant to anyone wishing to eat here.

More than just a Restaurant

The original building was built in 1420 is Grade 2 listed. In 1590 the Main Merchants House was built using oak Timbers salvaged from the spanish armada.

A royalty of ú10 & 10 shillings was paid to the Queen for the salvaged beams, the same beams were also used for the constuction of St Nicholas in West Looe. These beams can be clearly seen in the Cellar Restaurant complete with the original cargo mortices & grooves.

The Smugglers is so named beacause of the old hidden stone staircase and the old Smuggling tunnel that lead to the quayside.

In 1932 Part of the Cellar was discovered to be partitioned off and when the wall was removed the old tunnel was discovered along with a small room. In 1990 master Carpenter Ivor Toms was undertaking refurbishment work at the restaurant and comfirmed the story.

Ivor lived in part of the Smuugglers building from the late 1920's to the mid 1930's when he was a small boy and remembered well the workmen breaking through the wall.

He recalled: Everybody in the building watched as the room was uncovered, anticipating a hoard of treasure or Goodies would be uncovered. But to no avail.... there were a few old rotton wooden boxes and some old wooden barrels.

The old Tunnel entrance can still be seen today in the cellar part of the restaurant and is located behind the old Dome top Mirror.

There are two Luck stones to be seen on the stairs going down to the carving room. These are quite a rarity. Back into the 16th Century Luckstones were considered to be very lucky and were normally situated in the home next to a comfortable chair or by the fire. If you rubbed the stone it was meant to bring you good kuck.

The rounder and more perfectly formed the stone was... then the luckier it was. The two stones at the Smugglers were considered to be very good examples. These were unearthed in the old Main Restaurant Fireplace in 1990.

The Ships Models & Yardarm in the Cellar

We were lucky to have the assistance of Master Ships Modeller Bernie Doyle when the main Building was Refurbished in 1990. You will see 3 fine Ships models in the main Restaurant. The First one is a Superb Wooden Model of a Lead Keeled Customs Lugger.

There is fine example of an Aran Dhow Ship which was a representation of the type of ship that would have been simlar used when Jesus of Nazareth came to Looe Island with Joseph of Arimathea when buying tin. 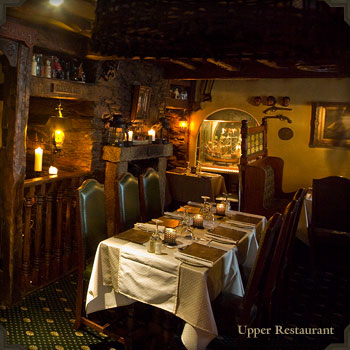 Open throughout the year apart from two weeks in January. We are occasionally closed for staff training days and maintenance, please check in advance to avoid disappointment.

We are unable to take reservations over the internet.